Is FaxTap NG Right For You?

There is really no question that FaxTap NG is well suited to the LI-OEM application.  One very good reason is that FaxTap does it all, including automatic NSF/NSC decoding.  Of course there’s easy-to-use libraries and documentation.  And OEMs developing a fax-capable product can really speed things up with FaxTap’s analysis output to help them out.  Then there’s our support which is nothing short of spectacular.

There is, however, some question as to whether it’s suitable for a particular end-user environment since it requires considerable fax knowledge to understand the fax analysis or fax ladder.  There needs to be a fit between your support team’s skill set and FaxTap’s output.

But guess what: it’s easy to find out since we offer no-charge evaluations for this all-software product.  So let us know if you’d like to take FaxTap for a test drive.

Click Here to request a trial, or to order FaxTap by the end of the year and get 10% off.

Visit our website to learn about the many communications OEMs and end users that are benefitting from the low cost of FMS, its development efficiencies and, Commetrex’ great support.

So, what’s the deal with NSF/NSC? Well, it turns out that the T.30 protocol includes an escape sequence that allows the two terminals to depart from the specification and have a private conversation, so-to-speak. This feature is most often used in turn-around polling where the called terminal answers with its Non-Standard Facilities, telling the caller what (usually, vendor-specific) things it can do, the caller then responds with its Non-Standard Facilities Command (NSC) to tell the called terminal that it wants to do something, well, non-standard.

There’s a wide range of things that can be done with this feature, but the one we’ve seen most often is a proprietary tweak to the T.30 protocol to speed up the session, for example.

Except for the command sequences, none of this is controlled by the T.30 standard. So, if you’re FaxTap and you’re trying to understand what’s going on and render the images, you have a problem. Well, FaxTap NG figured it out, and decodes and renders these non-standard-based sessions automatically, an absolute necessity for LI systems. Contact us to learn more about this or any other aspect of fax technology.

There is much to be said about the benefits of the 3GPPs IP Multi-media Subsystem (IMS) architecture for service networks, but one of the standout features is the functional partitioning that supports specialization among industry OEMs. For example, at Commetrex, we don’t know much about the Home Subscriber Server (HSS) IMS function, but there’s nothing we don’t know about the fax Media-Resource Function (MRF), comprised of the Media Resource Function Controller (MRFC) and the Media Resource Function Processor (MRFP). BladeWare Fax Media Server (FMS) is the Commetrex product that turns a BladeWare HMP server into a fax MRF, and it’s used by every one of our UC OEM customers.

The fax MRF’s job is to send and receive faxes at the behest of an application server, such as a unified-messaging system. You’ve called such a system and heard it tell you, for example, to leave a voice message or send a fax. In this case, using SIP, the UC server will send the call over to the fax MRF to send or receive the fax. 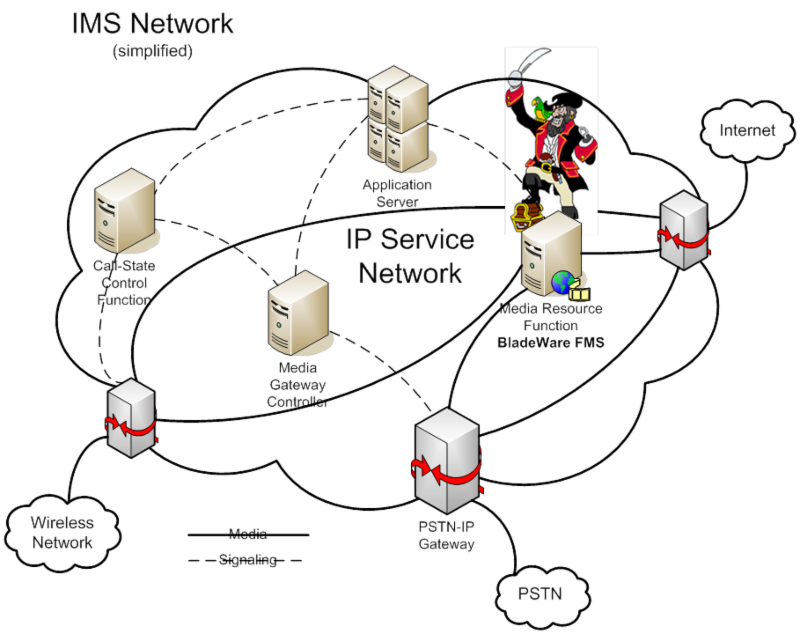 This means our OEM customer need not have any fax send-receive software on his server or know very much about fax. The FMS SDK even includes the source code necessary for the server to manage the BladeWare system. And, although BladeWare supports hundreds of ports on a server, scaling this architecture is a snap.

Visit our website to learn about the many communications OEMs and end users that are benefitting from the low cost of FMS, its development efficiencies and, Commetrex’ great support.

Rev Up Your Platform With SIPfaxEngine

Commetrex, the industry leader in fax-technology innovation, including the patented Smart FoIP®, simplifies the addition of Fax over IP (FoIP) in your office products and telephony servers with SIPfaxEngine. Designed for the OEM of fax-enabled devices and servers, Commetrex invites you to take advantage of the benefits of the feature/functionality only offered by SIPfaxEngine:

SIPfaxEngine provides the industry’s most-advanced core fax-technology bundle that OEMs need to simplify the addition of comprehensive FoIP support. It is a full-function SIP and fax-technology foundation for multi-function printers, media servers, fax terminals, or anything that needs to send and receive faxes in SIP networks. Contact us now or call us at 770-449-7775.