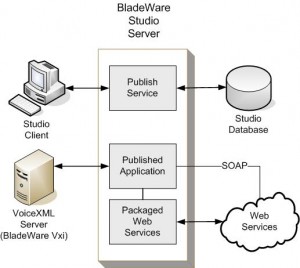 The primary components of Commetrex’ BladeWare voice-response OEM product line are shown in Figure 1. BladeWare VXi, a separate product, is a significantly enhanced commercial version of OpenVXi and can be used independently of BladeWare Studio. But, not surprisingly, many of our VXML interpreter customers need a VoiceXML application-creation tool and runtime application server.

However, there are few OEM products available to meet this specific requirement, and the ones that are available are costly, complex, and designed to make the OEM a captive of proprietary technologies, making them difficult to afford and use as components in the OEM’s product line. BladeWare Studio client, Commetrex’ VoiceXML drag-and-drop application-creation tool, was specifically designed for the OEM, as was BladeWare Studio Server. 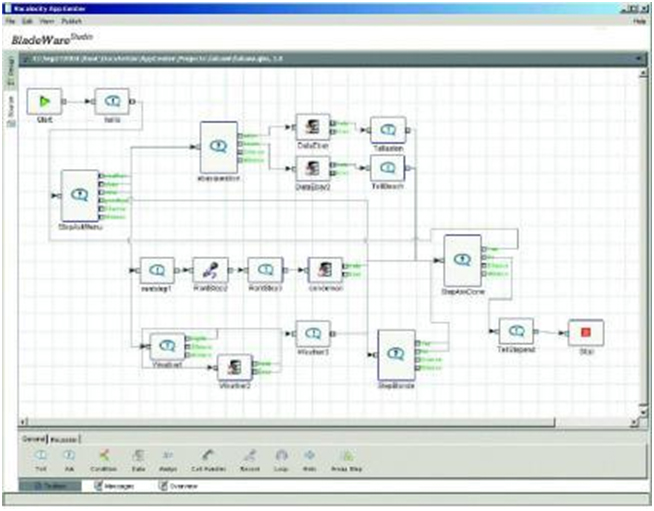 When Combined with BladeWare Studio Server, the following features are added:

What Does BladeWare Studio Not Do?